Well what did we do today?  Well, I had two cups of coffee with Creme Brûlée coffee mate.  I wrote a catch up blog and now I back to real life.  So, after coffee we partially sheet rocked the downstairs bathroom and re-installed the toilet.  After that, we checked the water issues with the hot water and fixed them we have a flushing commode downstairs and the hot water works in the kitchen sink.  Yay!  Let’s hope it stays that way.  After fixing all those problems Dad had to go to Ulmer’s for a few things to help us install the vanity into the bathroom.  So while Dad made the big trip into town, I did dishes with hot water straight out of the sink.  LOVE IT!

I gave the dogs some pigs ears that I found that I got from Tractor Supply before we left Florida.  They are enjoying themselves. 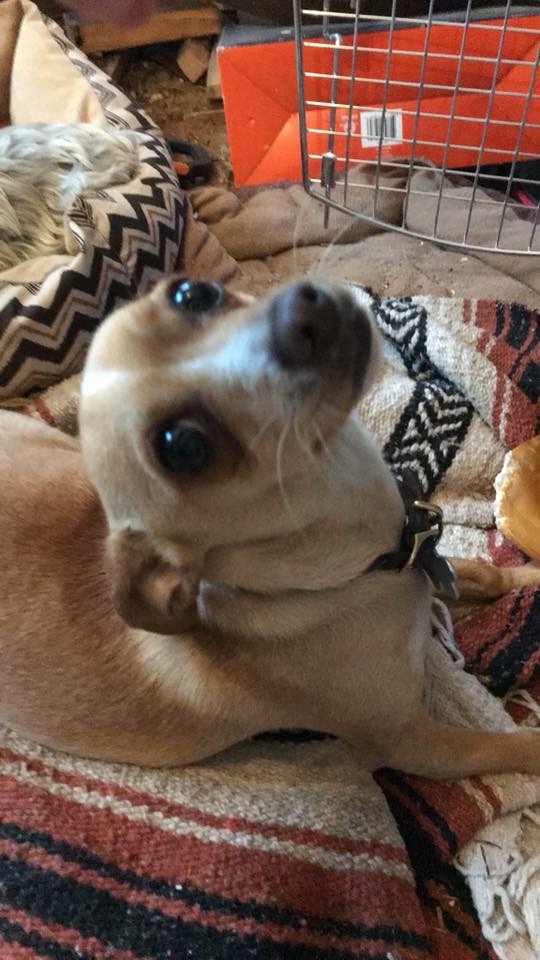 Taco is so happy and enjoying his pig ear and in the top left suzy is gumming her’s.  LOL

So after the dishes, Dad wanted to fix the vanity and get it installed.  I’m like, “It’s 3:00 pm and we only have an hour of light left.  I’m unloading what I can unload out of the enclosed trailer.”  Then, Dad was like, “I sure would like to have my recliner tonight.” So, if Dad was going to have his recliner, I was going to have my couch!  So, we unloaded all the heavy crap out of the trailer and into the Conex (the Pod) and was able to reach my couch and Dad’s recliner.  Even though I have been ignoring my hand and not wearing my cast, Dad made me put it on afterwards and then soon had to take it off to be able to type my blog.  Otherwise I wouldn’t be able to let ya’ll know what’s been going on.  Which is some of the reason why I have been slacking on writing my blog.

So, we worked our butts off the clean the house and organize to get the couch and recliner in this old house.  So, we spent most of the hour of the two hours of unloading to organize boxes and get stuff we don’t need right now into the pod.

I decided we needed a before and after pictures.  So here you go. 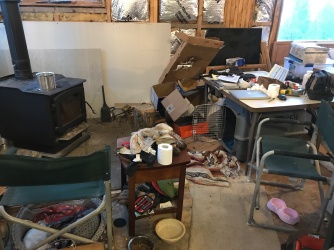 There are some happy dogs right now.

For dinner I am making beef fajitas.

It was so good!   Me and Dad are so full from the fajitas!  I even got to wash my vegetables in my sink.  Now I am enjoying a sit by the fire on my couch that I have missed so much.

This site uses Akismet to reduce spam. Learn how your comment data is processed.