Today was laundry day and boy did we have some laundry.  One large basket and two garbage bags full.

On the way to the laundry mat I stopped into the Gear Shed to pick up some screws for the truck.  Here in the state of Alaska we have two license plates.  One for the front and one for the back, I didn’t have the screws for the front.  So drivers were giving me weird looks as I was driving.  I go in there and get my screws only to find out I needed these weird things that the screws go into to hold everything into place.  So, I have to go back in.  Visit number two.  I bumped into my neighbor David and we chatted with another nice gentleman who works there.  I told David I passed my drivers license test and got my Alaska DL and my new tags!  YAY!  I finally attached my plate and I was off to the laundry mat!

The last place we did laundry at it cost $11 a machine!  Way crazy!  I found a place closer to home that is owned by Russian Orthodox which keep to themselves mostly.  You can see the women in Homer with dresses or skirts on and these really pretty scarf/hat things covering the bun on their hair.  They are very pleasant people, especially the lovely lady that was working the laundry mat.  She started out very quiet and minded her own business unless I needed something like more quarters.  As I was on my iPad she came over and asked me about some pictures on her phone.  Turns out she was playing some sort of puzzle game on her phone.  Basically, it was several pictures of the same object.  She had a hint and the item started with a “M”.  She thought maybe I might know what the answer was.  Turns out she was right, it was a mandolin.  She thanked me and said she had been stuck on that puzzle for about a week.  I was glad to help! 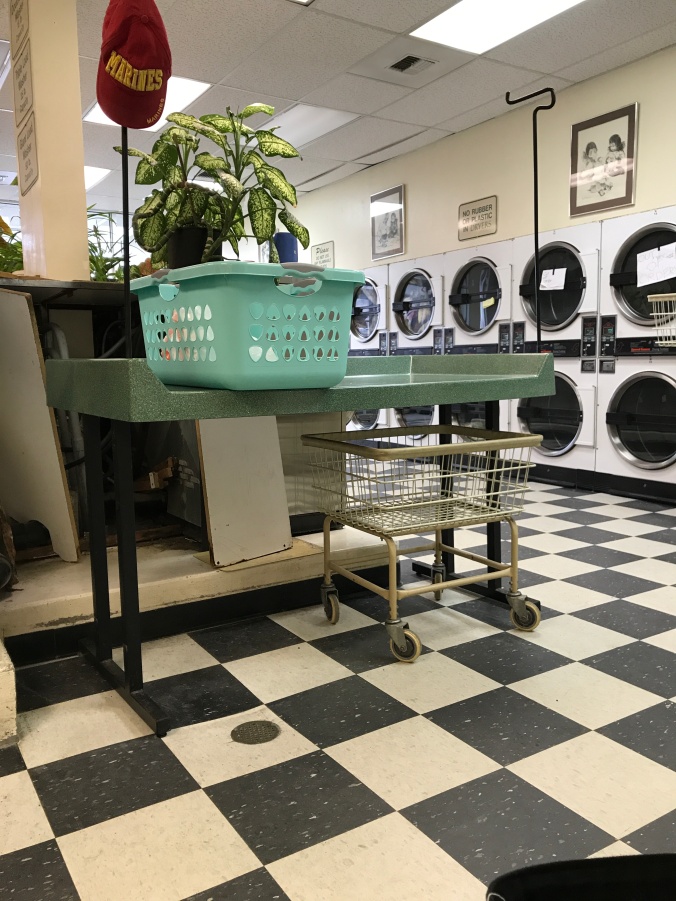 Well, as I was calling people to see if I could get someone to trench about 25 feet to put the water line in, I totally forgot about my wool sweaters and they went into the dryer. (slap in the face)

Well, they shrunk!  All my beautiful sweaters I found here.  Two of them were hand made in Norway!  One was J. Crew and the other was, oh I can’t remember.  Anyhoo, they are very small!  I’m going to try to save them buy submerging them into water and then stretching them back out.  It better work, darn it!

On the bright side, I did find a nice gentleman to do the trenching for the water.  YAY!Now while all this is happening, Dad texted me that he needed a few PEX stuff to finish hooking up the TOILET!  Yes, I said toilet!  The toilet in the bathroom that’s in the HOUSE!  YES, I said house!

Back to the PEX story.  Visit number three to Gear Shed.  Turns out PEX is very new here in the US and Homer being slightly isolated from other towns and cities doesn’t have a lot of PEX in the hood.  So, my new buddy at the register called Spenard’s to see if they had my parts.  It sounded like they did so I drove over there and asked.  Nope.  So, I went down the hill just a bit further to Ulmer’s and BINGO!  1 inch PEX “T” for the toilet.  And to boot, they had wifi routers!  I needed a new one desperately.

There was still one thing on my list I just couldn’t find, so I went back to Gear Shed for the fourth time.  I got something that would work got to see my friends and headed home.  But not before getting a couple bags of ice for cocktail hour!

I got home and gave Dad the parts that he hooked up and low and be hold a leak in the little valve on the toilet.  Dad had to go to, yeah you guessed it, the Gear Shed.  Visit number five.  Dad came back replaced the valve and  I got to flush a real toilet that belongs to us for the first time in a while!    We are one step closer to moving into the house!  This week we will have power too!  Thank goodness!

This site uses Akismet to reduce spam. Learn how your comment data is processed.